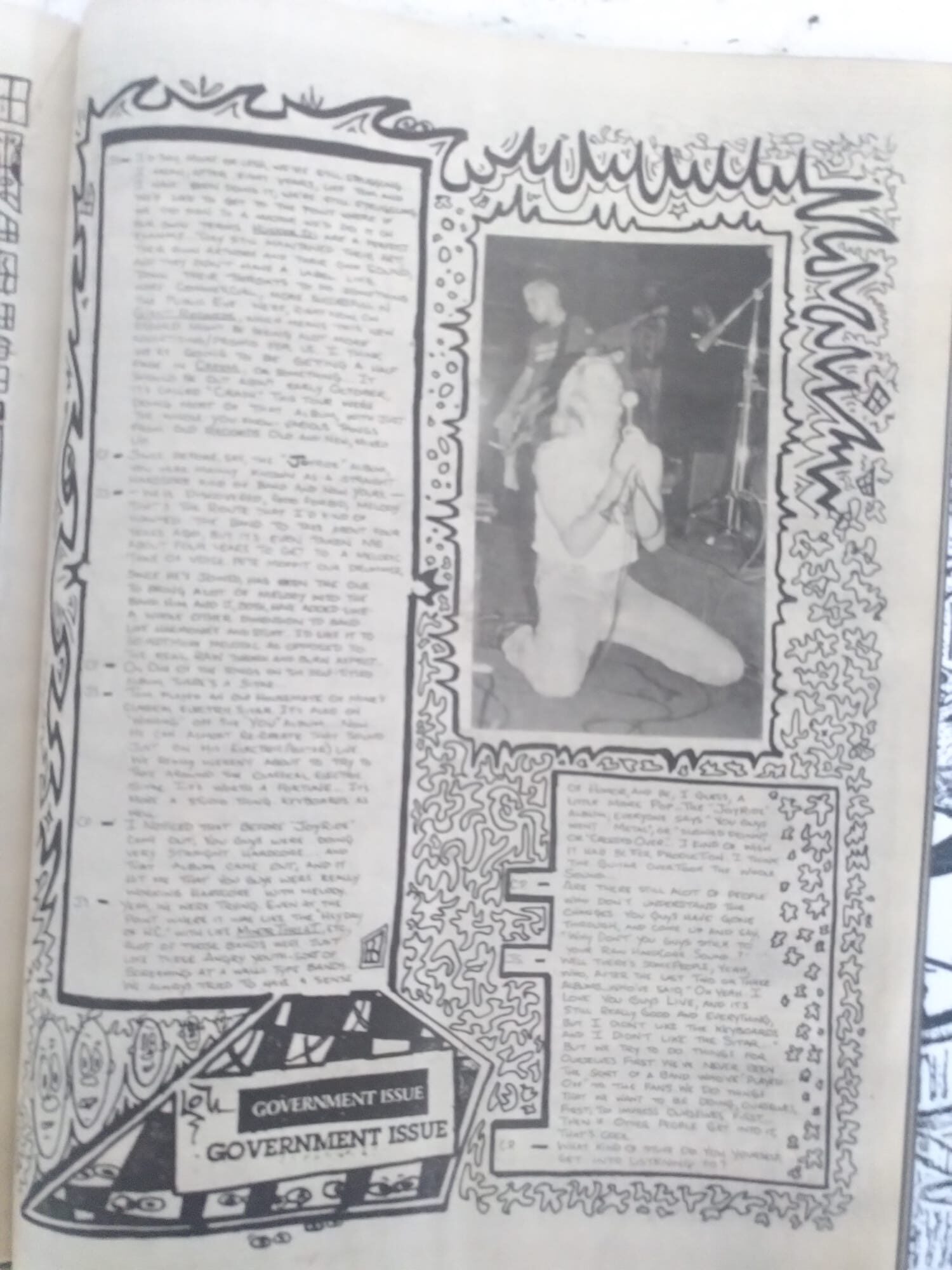 We have come to the last tiny part on music that was part of our detour into the musical history of Kees. I say tiny part because during the interview, Kees and I quickly become distracted by another gem in the archive. I guess this only shows that interviews also follow the messy rules of daily life: you have barely processed everything that just happened to you and some other great thing comes along to take up all your energy. Let us not in any way pity such eventualities. They are exactly what made Kees’s history so especially intriguing. It was an ecstasy so typical of the feeling that you’re part of something bigger; something that lets you in and allows you for just a second to make it just that bit more special. Sociologist Hartmut Rosa would describe such a phenomenon by depending upon the idea of resonance, Kees de Groot would put a hundred speakers on max volume and beam the feeling directly into your bones. Whichever way you may prefer, keep reading for one last bit on Kees’s musical career to then be kidnapped to Tokyo, together with a sad old robot.

Lars: So Kees, you quickly went from guitars, to drum computers, to building experimental installations inspired by hip-hop. How was it that you ended up in all these radically different genres?

Kees: Even though these genres have quite a different sound, they were always played in the same places where I was. Punk, like gabber is a marginal genre, considering its alternative culture. The people in these groups come to find each other in their respective subcultures, to host their own parties and make their own music. Even their dances have special qualities which are unique to that scene. The punkers would have mosh pits in which I too could be found all too often, handing out and receiving bruises by the dozen. The gabbers for their part, also had their typical gabber dance moves. These moves came straight out of Rotterdam and are still shown off worldwide on thousands of dancefloors. What connects the gabbers, punkers, and me is a shared aversion for the established order, which produced along with it an entirely alternative way of life. We’re not just talking music. This is about clothing, political orientation and a different way of going about your everyday. Admitted, the latter mainly consisting in hanging out, making noise, and drinking a lot. What separates punk and gabber are their strongly differing political ideologies. Punk is associated with far-left while gabber is associated with the far-right movements. Gabbers especially have a certain reputation in the Netherlands, also as hooligans in the football stadiums of Feyenoord for example. The far-left has also gained some notoriety over the years. Just think back to the Bader-Mainhoff group of the 70s.

‘’The punkers would have mosh pits in which I too could be found all too often, handing out and receiving bruises by the dozen. The gabbers for their part, also had their typical gabber dance moves. These moves came straight out of Rotterdam and can still be found worldwide on thousands of dancefloors.’’

Lars: [distracted by a picture of a robot in a wooden box.] Hey Kees, what am I looking at here? Is this that weird thing that was shipped to Tokyo?

Kees: Yes, that’s the one. It was part of a project by Sjarel Ex. He was a young curator in the 80s in search of the revolutionization of the art experience. Just think back to the manifestation in Amsterdam. On those sites selected for their great cultural legacy, artists were challenged to go against their historical significance and challenge the meaning-world of the audience. Suddenly there were meteorites floating through the royal waiting room of Queen Wilhelmina. Another great example is the Ferris wheel made of real cars that decorated the city of Utrecht in 1999. It was part of Panaroma 2000 where 24 art pieces were put in public places in the city. The exhibition where the robot in the picture was part of, was yet another original art concept by Ex, organized by the central museum of Utrecht. All the art pieces that were part of it had to be portable because they were transported from Utrecht, to Tokyo, to Kyoto. Some 20 artists had a wooden box of 2 by 2 meters delivered to their homes or studios, to produce an original art piece in. Among these artists were J.C.J. Van der Heyden, Wim T. Schippers, photographer Gerald van der Kaap, light artist Giny Vos, and Alexander Chabracq, the designer of the Damrak street furnitures. The boxes were first collected in Utrecht – mine had to be moved from Hengelo first – and were then put on a ship that took a full two months to get to Tokyo. I couldn’t but take up this assignment as a practical joke. After all, we were talking about decorating the inside of a box. So I lined the inside with a filthy-looking red fabric, and decorated it with a net construction that had a somewhat hieroglyphic weave. In the center of this I placed a cheeky, sad looking robot. This assembly produced the narrative of a kidnapping. A poor little robot was inexplicably dragged from one corner of the earth to the other, all the while constantly being stared at by strange creatures. I hope the audience had as much fun with it as I did.

‘’This combination produced the narrative of a kidnapping. A poor little robot was inexplicably dragged from one corner of the earth to the other, all the while being constantly stared at by strangers of all walks of life. I hope the audience had as much fun with it as I did.’’

Tokyo, just like America was another great opportunity for typical artist mischief. In Tokyo we were received in a big luxury hotel, and we travelled by high-speed train to Kyoto. When we had the time we would go into the center to drink Japanese beer in the grittiest bars. Naturally, we had a preference for the shitimachi, which literally means ‘’the low city’’ where beer was cheapest and the people the most fun. At one moment the whole group including Sjarel took a mini-trip through Japan by train. I have no recollection of how but suddenly we found ourselves somewhere in the middle of the countryside in a hotel of typical Japanese style. First of all, this meant that all furniture was level with the floor, second of all this meant that the hotel was equipped with extensive sauna- and bathing facilities. Wearing nothing but our smiles and our dignity, Sjarel and I caused a scene in these pools that was probably remembered for much longer than that one crazy night.

That was all for music and Tokyo. What follows is the end of an era, namely the end of  a time characterized by old-fashioned things such as geographical limits, carrying heavy VHS-tapes to every f*cking show, and even materiality in general. In 1995 the digital world of the internet opens up also to the artists, and suddenly every corner of the planet could] come into view within a second. Pictures are replaced by avatars, and random strangers can be encountered as mere text on the new invention of the online forum. Brace yourselves for internet art and what come to be known as the VJ!