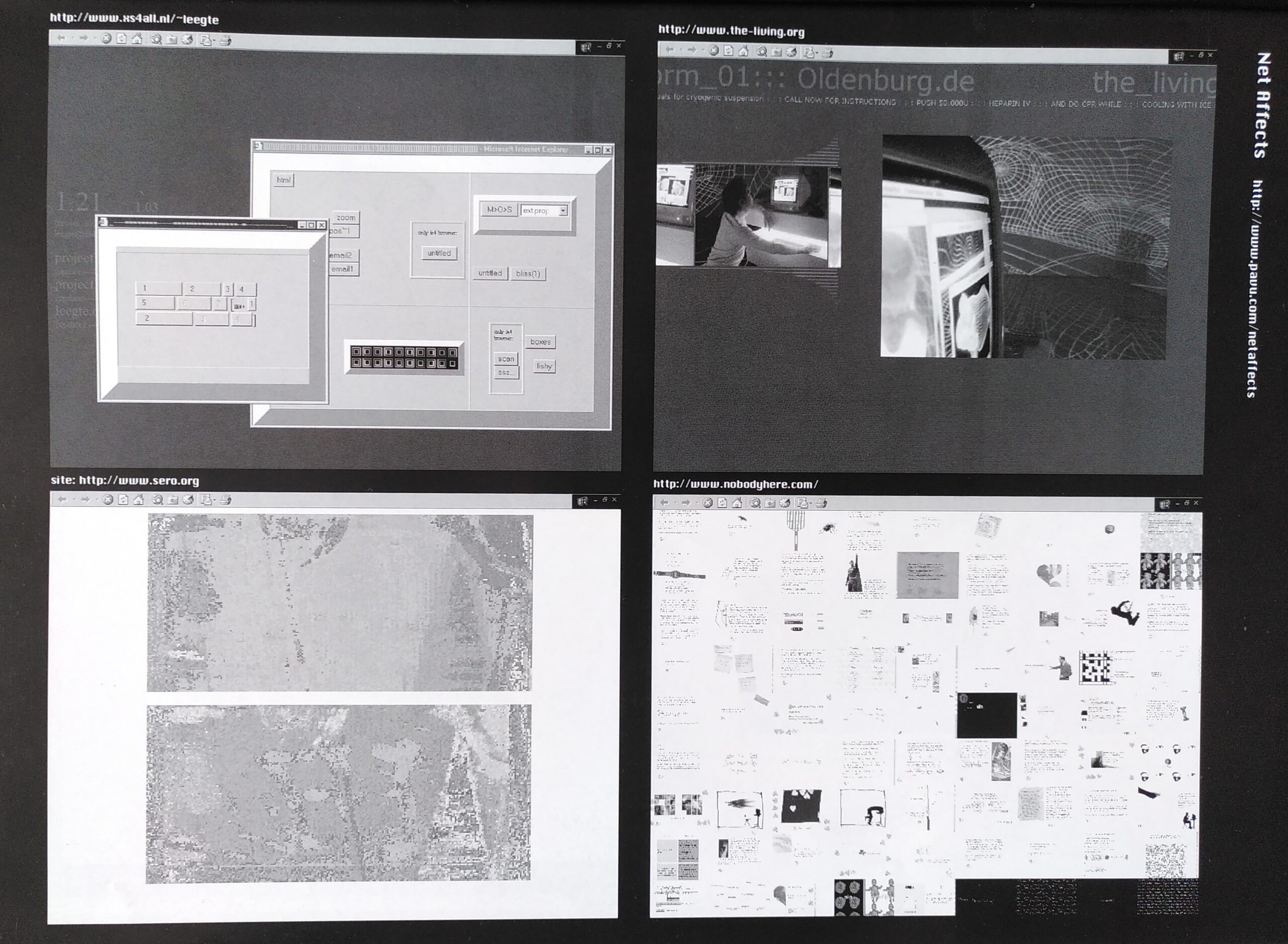 It’s another day of strolling through the archive for Lars and Kees. This time, they’re in search of the elusive beginnings of the internet. With that also came the revolutionary form of internet art and a crazy collaboration between artists across the entire spectrum of media arts. Brace yourselves for the Kunstvlaai; a yearly event located at the dystopian industrial areas around Amsterdam. Here, gigantic round silo’s were hung with beamers to produce a chaos of animations, found footage, and distorted imagery. This iteration serves to provide a bit of context.

We find Kees delving through the archives and randomly picking up images and news articles. ‘’After the Berlin Wall fell… until the year of… and of course let’s not forget 9/11… since that leads to… the Gabbers and their culture.’’ Kees regains his train of thought.

Kees: …and of course let’s not forget veejaying since that is an innovative discipline in which me and my friends were the international forerunners. Joost van Bellen and Eddie were one the first Dutch techno DJs of the 90s who went all over the world to perform in clubs and on art festivals. With the new technological developments, this was no longer just an audio performance. Their sets were accompanied by gigantic visual projections that were made, in turn, by one of my friends Arno Coenen. Another forerunner who was the first VJ of the Netherlands. Back then all of this was done with VHS mixers. Unlike the plug & play practices of the current digital systems, this meant a lot of dragging around of gear, and a time-consuming set up. One of the first performances we gave with this setup was done in the former bath house of Hengelo, still built according to the Amsterdam architectural school. This meant round faces in red-brown stone and an interior completely made up of white tiles with geometric details. Not that any of those details were still very visible when we moved in. It had been long abandoned by then. When we moved in in 1987 we brought a whole arsenal of low-tech computers and the then first beamers to appear on the commercial market. We would borrow those from the AKI or bought them for cheap on the second-hand market. We would project up to 5 images alongside of each other to fill up the entire room and create an immersive experience with internet art, that was as of then still unknown. The event was aptly called, Exploding Digita.

‘’Internet art was typified by the arbitrariness and sensory overload that characterized the information age and this new invention. With video projections on hefty screens we brought emoticons and internet images together with random footage robbed of its context and heritage.’’

This period from 95 and onwards was the transition from the analog to the digital. Every time a new technology become available on the market, me and my colleagues would experiment with the new opportunities that it provided. Every time these opportunities came down to a more, more, more. An enlargement of scale, of the people involved, of the different types of imagery, and of the limits surpassed. These were crazy accelerations and ways of experiencing that suddenly opened up. Its most radical form was of course that of the internet, which after the 90s also became a place to create and experience art. The development was not just one of linear increase and upgraded convenience. This was an actual change of worlds through a totally new medium. Information from all across the globe could be concentrated onto this one screen and it became possible to communicate with any random strange from some part of the planet.

The internet art that my affiliates made – I  never made internet art myself – perfectly disclosed this novelty. It was typified by the arbitrariness and sensory overload that characterized the information age and this new invention. With video projections on hefty screens we brought emoticons and internet images together with random footage robbed of its context and heritage. The new dimension for the audience was clear: large-scale immersion and a level of stimulation that heightened one’s experience. This is what we offered the crowds at the frontline of art. For example, in de Westergas Factory in Amsterdam where we bombarded the crowds with imagery of this new world, during the Kunstvlaai yearly event.

The internet also had a revolutionary impact on how one moved through the artworld. Communications between artists used to go via fanzines as the mail. Sometimes, I had to wait for a whole month to receive a response from a collaborating artist. Thanks to the forums on the internet I could receive an answer within a few seconds from artists from the United States, South-America, or New Zealand.

‘’We had only just finished organizing that floor when Cd-rooms suddenly appeared on the market, and we hadn’t even gotten used to those when the first USB flash drives appeared. From that point on a VJ or DJ could go to a party with their whole oeuvre in their pocket…’’

Some of my contemporaries and colleagues were already experimenting on obscure servers as early as the 80s, but the broader public and most artists including myself only started using email and the internet from 1995. I have met a lot of artists through the internet and built collectives for internet art that were used as a source to improve our own local performances. Of course, thanks to the internet, it was not long before we were no longer limited to this local scope. We started experimenting with online performances and strung together in a live presentation, our works with artists from the United States and Australia.

In the beginning, this was still done with the huge hardware that comes to mind when one thinks of the first computers. We also had to put out with those for a while. Up until 2003 to be exact. That was the year that PLANETART moved to Enschede and we filled up a whole floor with VHS tapes. We had only just finished organizing that floor when Cd-rooms suddenly appeared on the market, and we hadn’t even gotten used to those when the first USB flash drives appeared. From that point on a VJ or DJ could go to a party with their whole oeuvre in their pocket, while in the 90s we were still dragging around huge suitcases filled with tapes. In the 2000s the analog culture finally died so to speak, and the digital took over.

What happened during that overtaking you will find next time when Kees talks all about one of the biggest art collaborations of the Netherlands during the 2000s: niet de Kunstvlaai or shortly thereafter: De Kunstvlaai. During this festival whole silos were covered in monitors and cars were destroyed with baseball bats by shady figures wearing balaclavas. One mysterious curator from Busan, South-Korea also happened to come by…